In a recent paper, we argue that these efforts have largely failed. Public scandals such as “Cashgate” – in which about US$ 32 million in government funds was misappropriated between April and September 2013 – are the tip of the iceberg: high profile cases reflecting a logic of corruption that remains unchallenged by reform efforts. 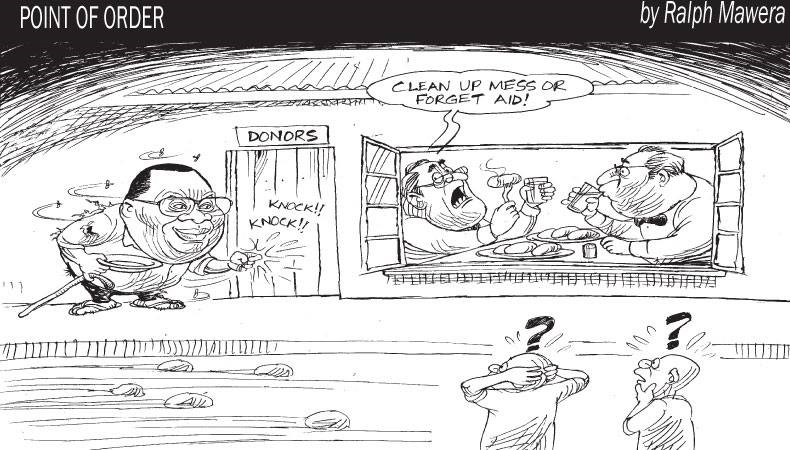 This is not to say that no past reform efforts have received pass marks. On the contrary: we analyzed 10 World Bank-supported PFM lending projects spanning 20 years, and found that almost 60% of project success indicators were classed as having been “met”. But, pointedly, our paper argues that the majority of these indicators do not measure a meaningful change in performance. Almost 70% of project indicators measure change in terms of new laws passed, regulations articulated, procedures enacted and structures redrawn; they measure the fact that government institutions now look different (form), but not whether they actually do different (function). In combination, the fact that projects have a small number of functional indicators to start with and the fact that those functional indicators are (unsurprisingly) hardest to achieve, means that in reality only 23% of “met” indicators from our sampled projects demonstrate an impact on underlying performance.

In practice, this means Malawi has international standard anti-corruption laws and an anticorruption entity that mirrors best practice counterparts. But because laws are subjectively implemented and that entity underfunded, a dominant logic of corruption persists. The Financial Management Information System has been widely rolled out, updated and refined over decades and at great costs, but – due to a culture of collusion, impunity and limited regard for the legal framework – it has had negligible effect on the promotion of institutionalized accountability.

Contributors to low functional success can be found in the way problems are diagnosed, content is determined and actors are engaged. Project design is typically solution­-driven, focused on the roll-out of a predetermined best practice model rather than on grappling with the actual problems that exist. Meanwhile, the “cargo transfer” approach of reforms like the Medium Term Expenditure Framework, the Anti-Corruption Bureau and Financial Management Information System lends credibility to the accusation that donors treat Malawi as a blank slate, applying best practice solutions without accounting for its unique informal institutional foundation. Key implementers, possible supporters and detractors are often marginalized from the process of constructing the problem, and as a result have little stake in seriously addressing it.

The perplexing aspect to all this is that the critique of poor results and reasons why is not particularly new, either in Malawi or globally. And yet the approach persists. As such, we sought to ensure that our case for an alternative approach was grounded in a detailed analysis of why the status quo continues to be preserved. That analysis highlighted the fact that aid has historically played a major role in maintaining political and economic stability in Malawi, leading to a coercive pressure on government to accept reform content imposed by donors. It also places additional pressure on donor staff to ensure disbursement, regardless of functional change. More problematically, a best practice approach can confer legitimacy on Malawi’s public institutions, often with the added bonus of not requiring actual change. Reform rhetoric and reform actions at the regulative, formal level can be used to obscure the fact that informal rules enable opportunistic individuals to continue to behave as they always have.

Other drivers are more bureaucratic than malign; the dominant processes of reform design and execution require significant pre-programming and provide limited space for adaption, thus encouraging agents to push best practice, ignore context and gloss over broad ownership of the reform process. Combined with the emphasis on disbursement as an implicit reflector of donor performance, project staff err towards more achievable (typically formal) indicators that will allow easier disbursement and emphasize costlier technical solutions. Prevailing imperatives and incentives thus conspire against reflection, adaptation, and understanding actual problems. Facing twin pressures to disburse money and be in compliance with what others deem to be global norms, both donor and government staff experience a form of peer pressure to be seen to be reproducing what they were taught is the international standard, providing ‘toolkits’ and best practice recommendations even if they might feel ambivalent about their relevance to the context. For their part, government counterparts themselves consistently ask for such solutions.

The lack of appropriate skillsets and alternative knowledge are part of the story too. Many donor staff are trained and hired primarily as technical experts, experienced in delivering the accepted best practice solutions in their field. Unsurprisingly, they feel less comfortable in the role of facilitating a process than they do in providing a discrete product. ‘Experts’, almost by definition, provide answers. Staff who favour a more problem-driven approach do not want to be seen as indecisive or “naysayers”, criticized for pointing out the lack of supportive context without having clear suggestions of what might be a (potentially) superior alternative.

Any attempt to shift the status quo must expect to face resistance, but there are practical, positive ways reformers can contribute to the contest. It may involve managers in development agencies considering how their staff can be rewarded for functionality (rather than mimicry), donors making greater use of lending mechanisms that do the same, or putting rewards in place that encourage agents to utilize new approaches in problem construction, stepwise reform or savvy creation of reform communities. Such communities need not start from scratch, but ‘best practices’ should be one option among several, and even then adapted to fit the idiosyncrasies of the context. The good news is that the body of evidence for success of alternative approaches is growing.

In a climate where reform efforts are increasingly questioned, the instinctive response of development professionals has often been to seek reassurance from other development professionals that the prevailing approach – importing ‘best practices’ – is legitimate. Instead of exposing and discussing our failures, we turn inwards and protective. The tendency is understandable but not acceptable. Persistent disappointments must result in honest debates about the veracity of the reform approach itself.