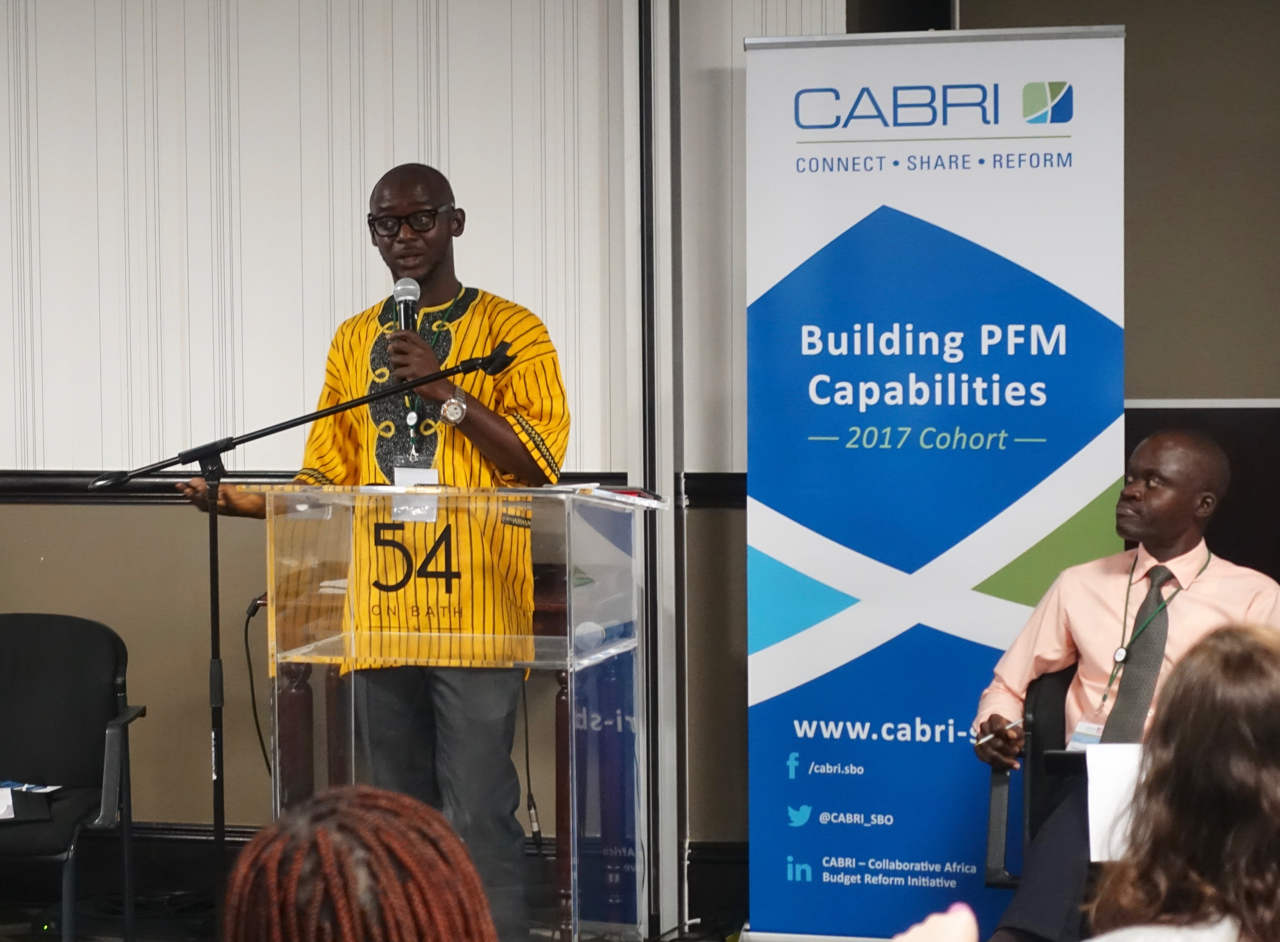 Like many other African countries, budget execution is a huge challenge in Liberia. Last fiscal year (July 2016 to June 2017), off-budget spending was over 15% of the approved budget while in-year budgetary transfers have been on the increase, significantly undermining the credibility of the approved budget. This huge ratio of off-budget spending led to cutbacks in on-budget programs in areas such as health and education, either delaying or reducing the scale of medical and educational supplies to schools and hospitals across the country. Efforts over the years to address this problem have failed mainly because they focused more on improving the quality of the budget document and less on the root causes that have allowed this problem to continue unabated. Using the Problem Driven Iterative Adaptation (PDIA) approach, we started a 7-month journey to better understand and tackle the problem of spending entities (SEs) not executing their budgets as planned.

Our first step was to deconstruct the problem and unpack the root causes through a fishbone diagram which enabled us to identify entry points to solve the problem.  The diverse composition of our team with agents involved in both the budget preparation and execution allowed us to view the problem from complementary perspectives.

As we worked through our problem, we soon realized that building a strong, committed and intrinsically motivated team was critical to success. Hence, the establishment of consistent meeting dates, times, venues and rules governing team meetings. We also made a point to apportion tasks, to mutually support each other, regularly assess progress and shared information within and outside the team. Sticking to these commitments enabled the team to remain focused on the assignment veering off the enormous distractions of the electoral season. These 7 months spent working together on this problem created bonds between team members at an unseen level even though we have been working together in the MFDP for several years.

Another important lesson I learned during this assignment is that building and sustaining authorization at the political and technical levels are key to success. To achieve this, we showed competence by compiling and analyzing data about the problem, regularly reporting progress on interventions and emerging challenges. As locals, we worked harder to earn the confidence of our bosses and peers unlike “foreign experts” who come in with external legitimacy. Local reformers deserve to be supported and motivated to succeed on reforms.

Furthermore, we identified and engaged stakeholders at several events to solicit ideas and get their buy-in, which was a critical success factor. These engagements included extensive coordination with the Budget and Fiscal Affairs Departments, conducting a SEs survey on financial reporting, hosting a financial reporting workshop with the office of the Comptroller and Accountant General, among others. These direct engagements exposed the team to criticisms but increased the acceptance of our work and inspired the necessary commitment from SEs to support this reform. Although our team was leading the reform, we made a point to consistently give credit to the many technicians we cooperated with when we presented updates on our work to the senior management team. This recognition motivated those technicians, which was a key success factor to our work.

The early results of our teamwork are encouraging. We inspired the reactivation of the Liquidity Management Committee (LMC) which now meets weekly to analyze the Government of Liberia fiscal position and provide recommendations to the Minister on spending options. Departments now share information weekly and coordination has improved, making the LMC more relevant in the budget process. On the reporting front, the percentage of SEs submitting financial reports increased to 68.2% from 52.8% in the previous quarter due to changes to the reporting templates and the enhanced support services we now provide to SEs. We have been able to make such progress despite a bitterly acrimonious electoral period, a time when donors won’t dare embark on or support reforms like this, which made us even more proud of our work.

Despite the good progress, we are still far away from our objectives of reducing off-budget spending and on-budget transfers to 5% of approved budget. With a new leadership inaugurated on January 22, 2018, the team looks forward to its next task and engage the new leadership team of the MFDP to begin work on the political interference in budget execution that leads to off-budget expenditures. We also intend to advocate for new teams within and outside of the MFDP to work on internally identified PFM problems and support them using the PDIA approach.

I am glad I was named to join this team and work on such a pressing problem for my country through the Building PFM Capabilities program, using the PDIA approach. I learned so much about the problem we are attempting to solve, but also about the MFDP and the coordinative capabilities required to drive successful reform in it. I am motivated, committed and inspired by the little progress of our team at a challenging time to confront the daunting issues besetting PFM in Liberia.

I hope, in the near future, reforms driven by local agents will become the “new normal” in our African countries.

Alieu Fuad Nyei was a member of Team Liberia as the Assistant Minister for Expenditure at the Ministry of Finance and Development.

This is part of a blog series that is tagged “PDIA Journey,” written by people who have participated in a PDIA process.