Public policy is hard. Mitigating climate change as biodiversity continues to decline, tackling growing wealth inequality, and building a healthy, pluralistic society in the face of rising authoritarian populist movements across the world are just some of the most significant problems facing governments in 2019. These problems are complex, but we must summon the will to tackle them. To paraphrase an insightful colleague in our Implementing Public Policy (IPP) cohort: as practitioners of public policy, our passion to overcome our challenges must, by necessity, be greater than the problems themselves.

Only governments can truly address collective action problems and market failures. Governments also need to be able to address changing policy objectives and public expectations in the face of institutional and cultural inertia that resists change. But too often governments select the wrong tool for the task. Around the world we’re witnessing a breakdown in public trust and confidence in governments as the traditional public policy tools and processes used by governments fail to deliver the results necessary to meet public expectations and solve the complex problems we’re facing. Too often the risk-averse culture within public administration prioritizes the traditional approach to project management – what our IPP coursework referred to as “plan and control” – over the incremental testing, learning and building on successes. The erosion of the governments’ legitimacy in the face of these mounting complex problems calls for new tools.

So for me, IPP solidified many of the critiques I’ve long made – or simply felt but hadn’t yet clearly articulated – about how governments do their public policy work. Further, IPP presented a clear alternative approach to test and learn as we make progress incrementally on policy problems. The Problem Driven Iterative Adaptation (PDIA) method is actually quite straightforward. The simplest explanation of PDIA is that it focusses on correctly diagnosing and categorizing the problem(s) to be solved and then seeking authorization to create a space for learning and testing in order to scale up what works. This is in stark contrast to “plan and control” which is often mandated by governments – including the City of Calgary – as the only acceptable approach project management wherein a “solution” is quickly arrived at without much thought. The resulting work is structured around achieving this “solution” in a linear, sequential fashion. By spending more time carefully defining and testing the elements of the problem(s) PDIA helps ensure that governments address the delta between project success and the outcomes being sought. PDIA seeks to rectify why projects are often successfully completed but do not actually solve the problem.

My own policy problem was, truthfully, hastily decided upon. The opportunity to participate in IPP arose through Calgary Mayor Naheed Nenshi’s participation in the Bloomberg Harvard City Leadership Initiative given my public service as Mayor Nenshi’s Senior Policy Advisor. But unlike much of my IPP cohort, I only learned that I would be travelling to Harvard a few weeks before the IPP program convened with Bloomberg Philanthropies covering the costs – for which I am extremely thankful.

After a discussion with the mayor and my chief of staff, I selected a problem I hadn’t previously worked on in an area outside my own expertise. Was it overly ambitious? I wasn’t sure, but I was happy to be outside my comfort zone because that’s where learning happens. And besides, how are we going to save the bees in Calgary, especially in the midst of a budget crisis? 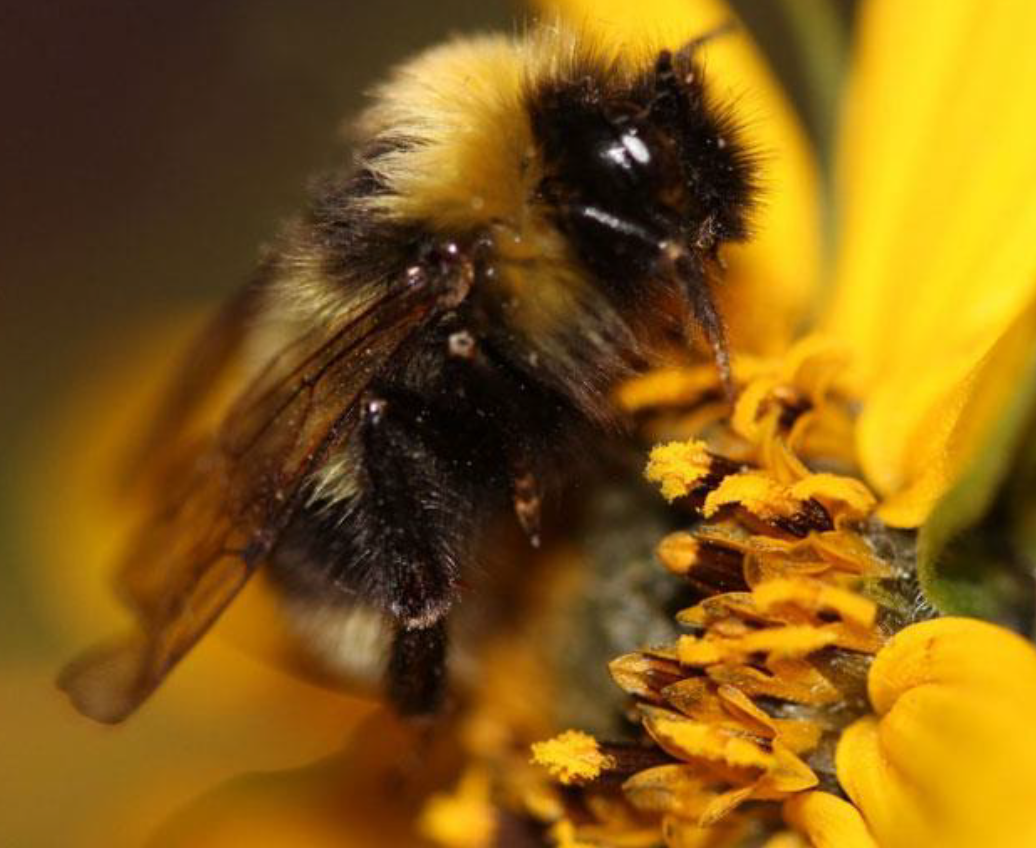 (The Gypsy Cuckoo Bumblebee, photo from the Government of Ontario)

In Calgary, like much of the world, native pollinators are in decline and rely on native plants for survival unlike European honeybees, which were brought into Canada and other areas to pollinate agricultural crops. Planting native species of plants helps provide food for these native pollinators, some of which are very specialized and may only forage on one species of flower. In 2018, Calgary completed a successful naturalization pilot project within a road right-of-way. One-time funds were used and long-term maintenance costs were reduced to plant native species of grasses and flowers on Canyon Meadows Drive. To everyone’s surprise, endangered bees – the Gypsy Cuckoo Bumblebee – were discovered at the site. A key learning of this ad hoc work was that appropriate habitat can be developed in an urban environment, specifically within a road right-of-way. 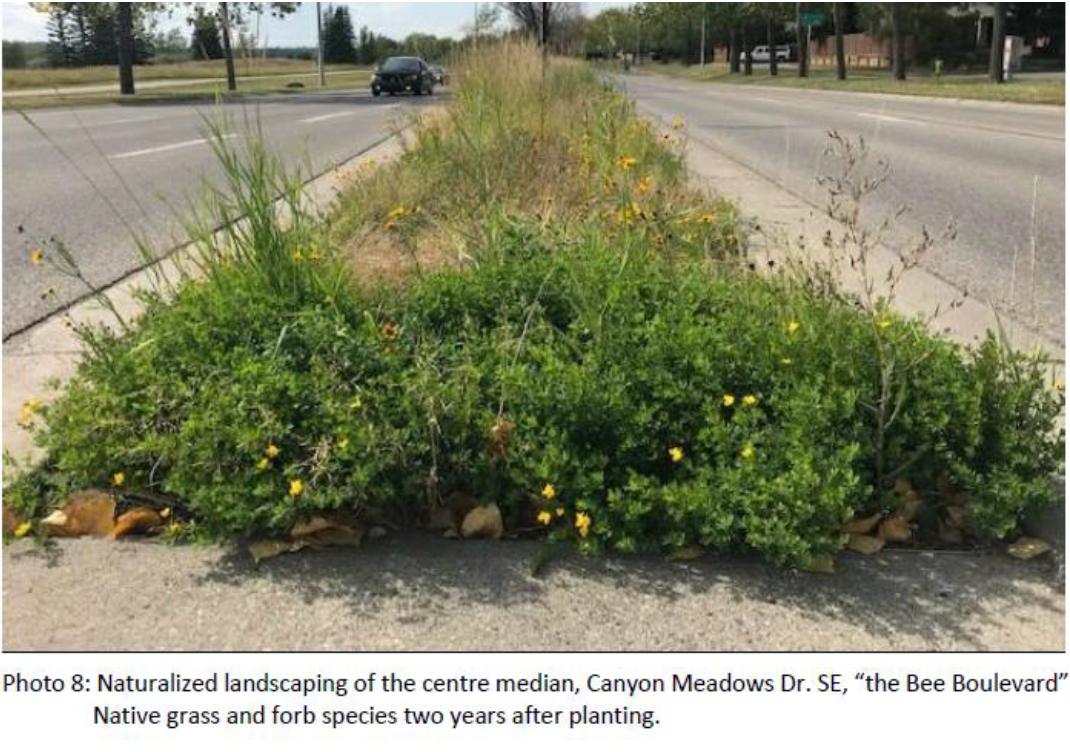 The environmental benefits of this work are obvious, but how can we scale this project and do similar work across a city of 1.3 million people that expands over 825 square kilometres?

To get even more complicated, how do we scale the naturalization of City road rights-of-way in the midst of a budget crisis?

A precipitous decline in the value of downtown commercial real estate left a massive hole Calgary’s property tax-supported operating budget. For the first time in decades the City was forced to make real service reductions across all departments. Somewhat surprisingly, this presented an opportunity for me. Could we significantly reduce the operating budget allocated to roadside maintenance in order to motivate change while still achieving environmental benefits though naturalization projects?

Using PDIA, we construct and deconstruct the problem to better understand its causes and identify “entry points” where there are opportunities for learning. After working with the team of roadside maintenance experts to better understand our existing practices. I learned that Calgary Roads currently has 1,010 hectares of road right-of-way, 819 of which are mowed, and the rest of which is unmaintained. Interestingly enough, much of the unmaintained road rights-of-way came to be that way through previous naturalization iterations.

In Canada work on naturalization in urban spaces by municipalities is still nascent. As we actively considered what iterations and learning to explore, we secure a small amount of money to participate in a study undertaken by the Transportation Association of Canada with other governments to publish a compendium of practices. This “roadside ecology” practice study includes alternative vegetation maintenance regimes for urban roads and highways, recognizing that there has been a surge of interest and activity across the world in this general area and in enhanced pollinator habitat in particular. Our participation will also provide an opportunity for other governments to learn from our work and for us to learn theirs. 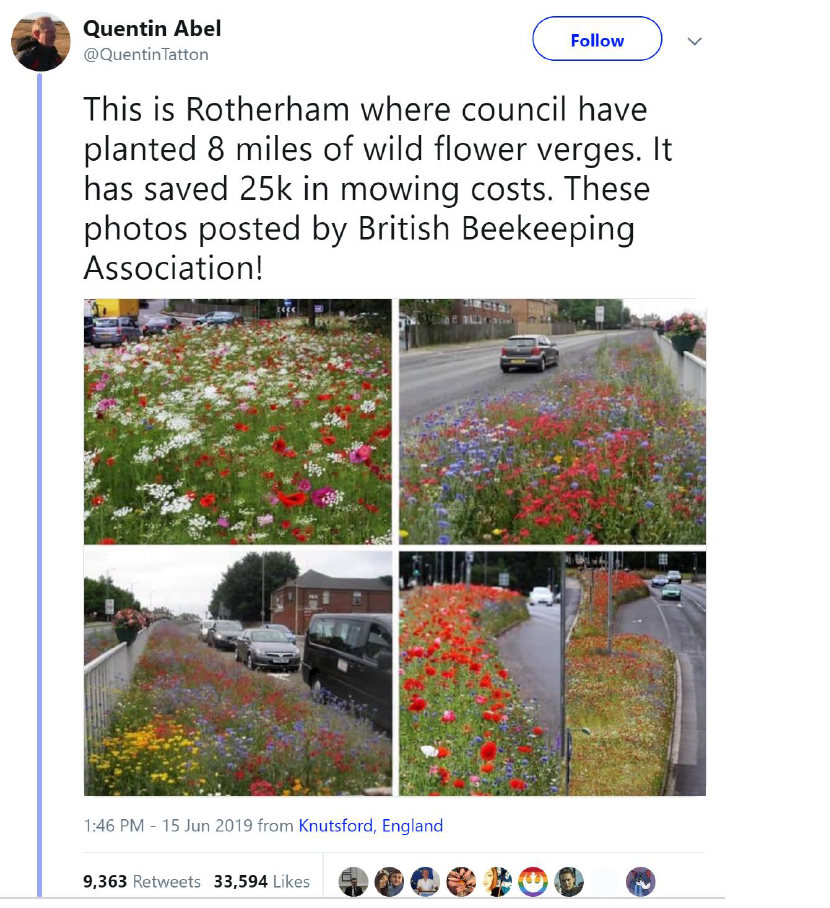 Given the state of our City budget, service reviews were being undertaken and in July I worked with the mayor to secure the authorization for our internal consulting group, Corporate Initiatives, to perform a financial review of our roadside maintenance service.

This financially-driven analysis was presented during our annual budget process, which wrapped up last week. Forcing the conversation from a budget-driven perspective really helped uncover new information. Trying for a reduction in service forces (often uncomfortable) discussions that look at the real value of the service to citizens. By looking at value to citizens, there’s a real opportunity to redefine the objectives of our maintenance practices. Should planting and maintaining turf grass on roadsides that no one ever uses really be our priority? Or can The City permanently reduce this budget by naturalizing these spaces and reap other ecological benefits at the same time?

As of today the second question remains unanswered. However, I used the momentum created by the service review to propose additional authorization space for further large scale iterations to answer exactly this and other questions. Council approved a motion arising I prepared at budget directing City administration to prepare a proposal to fund this work through our Council Innovation Fund. In January, we will be seek $800,000 to naturalize 40 hectares of road rights-of-way across the city. This is no small number. Forty hectares is equivalent of 5 percent of the target identified in the City’s strategic biodiversity plan, to “restore 20 percent of Calgary’s current open space to support of the conservation of biodiversity” by 2025.

The City will carefully evaluate the financial costs of naturalizing these areas over a two-year period in order to inform how to expand the program, by proving if, where, and how naturalization projects can lead to permanent reductions in our operating budget through reductions in maintenance. Specifically, we will detail the expenditures, operational cost savings, planting success rates, non-monetary environmental benefits, public perceptions of the resulting landscaping, and other relevant facts and evidence necessary to evaluate the implementation. 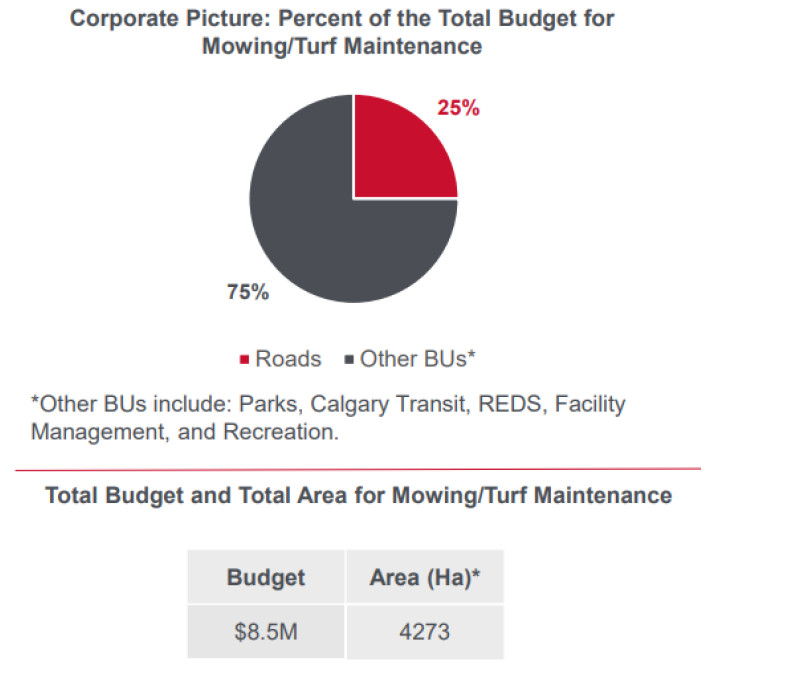 The service review included a recommendation to consider expanding the scope of the review of turf maintenance practices beyond roadways to include the City’s 4,273 hectares of land. The next stage of our work will validate the business case to do just that. Even in the midst of a budget crisis, if we can demonstrate the direct financial benefits of naturalization, I am confident that we will exceed our biodiversity targets, save much more habitat for a few more native bees, and that other governments will learn from our experiences.

My IPP community of practice gives me hope and confidence that we have the right people working in government because I’ve witnessed firsthand how their passion is greater than the problems they seek to solve.

This is a blog series written by the alumni of the Implementing Public Policy  Executive Education Program at the Harvard Kennedy School. Participants successfully completed this 7-month blended learning course in December 2019. These are their learning journey stories.