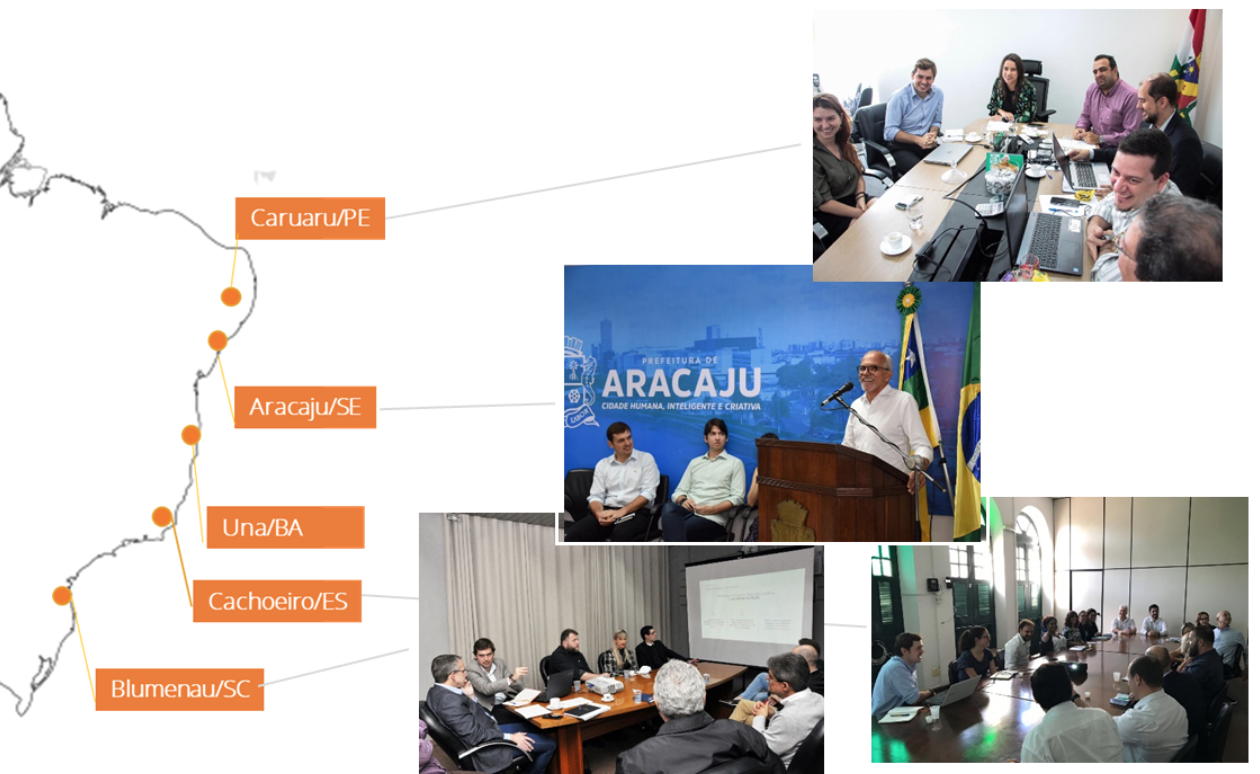 “The more you know who you are and what you want, the less you let things upset you”. Despite the advice from Bob Harris, a protagonist role played by a melancholic Bill Murray, in the movie ‘Lost in translation’, he remains pessimistic and bland for the entire journey of the movie. While in Japan, in a reality that seems so different, Bob is lost not because of language or time zone, but because of his meaningless life back in California.

My PDIA journey was mainly focused on key external actors – the Japanese piece of my job: technical partners, mayors, city office staffers, and co-investors. Since I had the backup of my organization – both in terms of legitimacy and resources – it was under my governance to establish a pathway to reach our intended goals.

Anticipating a bumpy road, as it is usually when dealing with complex problems and organizations such as city offices, I had to find support. That was the reason why I attended the Implementing Public Policy (IPP) course and got acquainted with the PDIA methodology: it was a way to deal with the unknown, a common ground in the Japanese step of my mission.

Preparing myself to Japan

I knew I would face uncertainty along the process of establishing a new role for Arapyaú Foundation to support local governments. I was hired in early December of 2018 with the mission to drive the experimentation during 2019 in establishing partnerships with municipal governments to increase their capacity through innovation. I had a great direct authorizer, resources to hire a small team and freedom to establish the pathway. The perfect setting for this journey.

Despite great conditions, I was still looking for ways to increase the internal knowledge of my organization to deal with public policy implementation. By far, the most valuable resource I could find was the IPP Program. My first and somehow unambitious move was to send the program brochure to my boss, the foundation director. She was not only convinced to support me but, most importantly, she decided to participate in it. Another great step in this journey: she would support me even more after understanding the complexity of implementing public policies. We were ready to roll.

As for myself, I was worried about the challenges of how to deal with different settings of four cities that would-be partners in our journey to increase their capabilities to solve complex problems. I was about to begin partnering with mayors in June and the timing was perfect for the program.

The week-long module in Massachusetts helped me move from the diagnosis to possible paths to act. There, I learned that:

After the week in Boston, being energized and focused on my journey, I had only one way to go: forward!

The expected unknown in Japan

The week after I arrived from Boston the projects were kicked off in the first two cities we partnered: Aracaju and Caruaru.

After a few weeks of building up the team, refining the strategy and selecting the subjects we would for those two cities, we kicked off in the other two: Cachoeiro and Blumenau (see photo above).

Since the beginning of the four partnerships, my team constantly used the PDIA approach to deal with the uncertainty that we faced in four different settings. The major takeaways we found during the implementation of the program were:

Being in four different parts of Japan – still insisting on the parallelism with the movie mentioned in the first paragraph – started to feel comfortable. I had learned a method on how to deal with uncertainty and I am sure that learning will be on my side in many journeys of my professional life.

Somehow, I feel that it was already part of me, but now I have a method to analyze and iterate with multiple actors. I felt more empowered to do so and my team completely bought it. We were understanding how hard it was and we were able to start moving things forward – with some variance across the four cities, of course.

…and then it is all about California

Everything was going well in Japan until something shakes in California.

The seemly solid foundation of my authorizers fell apart. While having a map of external authorizers and partners that would lead to the higher impact of the intervention I was involved with, I had lost sight of the risk of not having my internal authorizers backing me up anymore.

My direct authorizer left the organization and I started from scratch with the chairman of the board, inquiring me about the road we have taken. I had no idea how or if he was being informed about our program, while quickly learning he had little or no knowledge about it. I felt I didn’t have the correct narrative or that I could not understand his viewpoints: he was a major authorizer and I had never reached out to him before!

As usual, I kept asking myself if I should have acted differently and how to learn from this experience. Eventually, I have reached a few conclusions:

I have gone full PDIA oriented for the challenges faced at each municipality. I have hired people and contracted partners that were willing to take this bumpy road with me. Overall, I had a great team and great partners to move forward.

I will have results and transform a huge amount of lives by the end of 2020 – but there is a high risk that the program will be faced as a “failure experience”. I am still moving on to build this internal environment and I am sure I will have to go even deeper into the PDIA approach, especially with the new COVID-19 crisis.

In the end, I feel very distant from the ‘Suntory Time!’, as the ad played by Bob Harris in Japan during the movie.