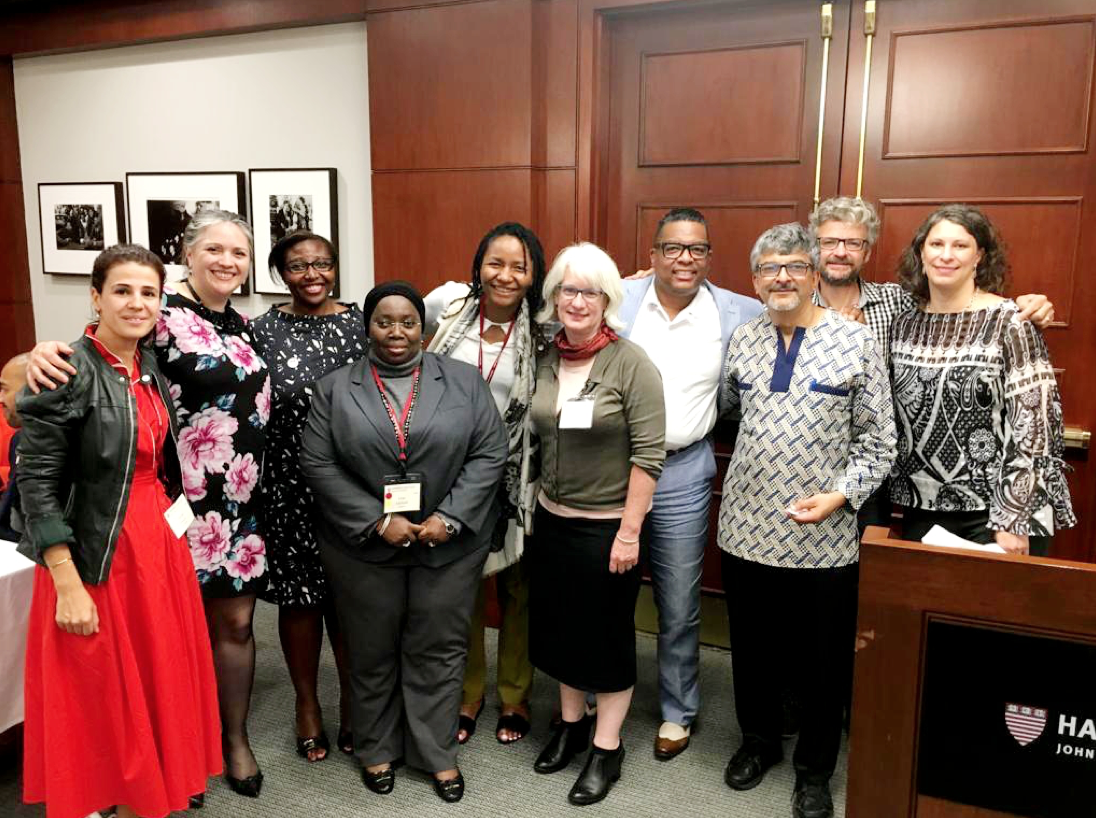 Coming to Harvard to do this course, my goal was to gain advanced thought and greater insight into public policy concepts, theories, elements, types and stages of policy making, I was caught up in a subliminal whirlwind of nervousness and feeling out of place before starting the course, as I felt I may be out of my wit coming from the context of a developing country. My experience however was completely unexpected. The course has allowed me to see beyond my initial belief that it there has to be a theory that guides all our policy actions. The course has given me the opportunity to discover my own policy and political beliefs and to see in much greater detail the benefits and disadvantages of the vast array of policy ideologies that are present in the world today. Being able to interact with my colleagues with similar challenges was a separate lesson entirely. I also found that the style of teaching in this course helped me express my views accurately and concisely which turned out extremely useful!

My journey on this course had an unexpected impact on my views and perspectives to governance and life in general.

I, like presumably 60% of the population in Nigeria, viewed policy from a solution based perspective, typically from the lens that we cannot develop a project proposal unless we had the idea of the end result, the plan would follow the idea of the proposal and after consultation with authorisers or budget funders that plan is collectively adopted for further planning to develop the implementation plan which most likely comes from logical frameworks to guide the timelines for implementation of that project.

The greatest assumption for me was that we had identified the problem, and that we had devised the right solution that will fix it; without any evidence as there was rarely ever any proper research done to support these assumptions and that we are superior to the people whom we create these projects or policies for so we rarely require their input, needless to say, that was a flawed mindset.

I learnt through this course and found that most commonly the people who develop/draft policies are rarely involved in the implementation and control process which becomes a fundamentally flawed process from the outset with the policy makers not being part of execution of the plan. So, my biggest discovery is finding that the most popular theory of developing a public policy plan which is widely practiced especially in my part of the world is not the most effective system.

In the case of my project challenge for the purpose of this course which was restoring financial services to conflict ridden communities in north-east Nigeria posed a great challenge which I am currently still in the middle of. The projects are primarily funded by external sources mainly the international non-government organisations and the international community and the structure they had was different from what is obtainable in the annual budget even though it was targeted at the same goal. The planning and adoption process takes a rather longer period and they also need government collaboration to jointly complement their efforts in this sector and the priority given to the issues by the government which in this case has kept on dwindling due to changing scenarios owing to insecurity, the election year, an aid economy created amidst the conflict and change in leadership etc. as opposed to the context where the project developed with the procurement plan, human resource management plan and allocating the resources on the bases of those plans once resources are appropriated for and the budget is accented to, funds are allocated according to schedules, we track and monitor them.

Some of my initial approaches to restoration of financial services in the areas of conflict in north-east Nigeria were the delivery of banking services which subsumes the current traditional context services which are, access to financial services through mobile phones that are either directly linked to a bank account or use of mobile wallets as intermediary virtual money accounts; Access to deposit services through formal and informal bank suppliers of deposit services which will reach vulnerable clients as well as rational services; the delivery of banking services outside traditional bank branches, through touch points; the enhancement of financial and business cooperation between conventional financial institutions or government and microfinance banks or institutions for wholesale funding and on-lending transactions; the numbers of loans to individuals which are the most available measure of the use of finance by small enterprises and individuals, cooperatives, specialized state financial institutions, and microfinance institutions which are important in delivering credit services; setting the financial inclusion targets for microfinance banks and institutions, as well as on modalities to define financial inclusion targets; creating a financial inclusion database to automate data collection processes and publishing data in a financial inclusion database which will in-turn create an online information repository for comparative assessment on the status of growth and  create a small and medium enterprise development fund which will provide wholesale funds for micro finance banks and micro finance institutions to enable them lend to their customers.

These proposed solutions were derived from consultations with international development partners working in Borno State Nigeria, the state most affected by insurgency. These ideas were quite reflective of the context in Borno state, however some of the blind spots which we ignored were the ambiguity and the fluidity of the context which if we had at the time started with a fishbone would have led us to more effective attempts at creating a policy plan to return financial services and instruments to affected communities.

Since my return in July, due to the fluid security situation in the proposed state for my project, I decided to change to the base to other affected states, Yobe and Adamawa, which I felt better positioned to go on with an effective transition process towards a more development oriented system. In Yobe state approximately 80% of the displaced populations have voluntarily returned to their homes, Adamawa has close-cutting numbers. This then means we have had to return to the drawing board and start afresh. Galvanising support for this challenge has been the hardest part since the creation of a new ministry for humanitarian and social development affairs to oversee also a new commission for the north-east development (NEDC). It has been both a challenge and an opportunity.

I was able to influence my new principal, the Speaker of the House of Representatives, Rt. Hon Femi Gbajabiamila to visit the IDPs in Borno and commit to hosting a roundtable conference on return from legislative recess in September with relevant stakeholders from concerned ministries and parastatals as well as the military, local non-governmental organisations and international aid agencies involved which he did, some of the fallouts from that engagement was to carry-out a survey in Yobe and Adamawa states which will determine the direction of the project, at the next meeting I expect to learn what precise role I represent in the larger group. I also organised meetings between the UN Country team and the new Yobe State Governor where they agreed on changing the dynamics from transition to sustainable development. I organised meetings with few members from my team and the Senate and House committees on restoration of livelihood in the north-east which resulted in them influencing the 2019 annual appropriations budget to reflect livelihood project initiatives which we might be able to carve out funding from for a part of the survey which we will carry-out when approved, which was again one of my major challenges.

I found that I have gone through a slight transition from turning my condition of obligation from a challenge to a point of interest for my team and I. The realisation that policy is a lifelong commitment motivated me to start devising more dynamic styles of engagement with peers. I and more independent members of my team separately at different times have simply discussed issues around the language, styles of negotiation and mechanisms to use in communicating with various stakeholders about the uniqueness of various needs in concerned communities, the project and items to be contained on the template of the survey etc. Once we started to have open communications amongst each other about it and everyone started to feel less and less like an expert and started consulting more, the level of individual interests in the project dramatically spiralled up amongst team members significantly and I could step back and allow them take centre stage because the legitimacy dynamics in the group was strengthened and they started using consultative style of engagement with authorisers and influencers.

I intend to transfer the knowledge I have by way of step-down trainings at multi-sectorial levels to target the policy community in Nigeria and possibly surrounding African countries to equip them with new perspectives. 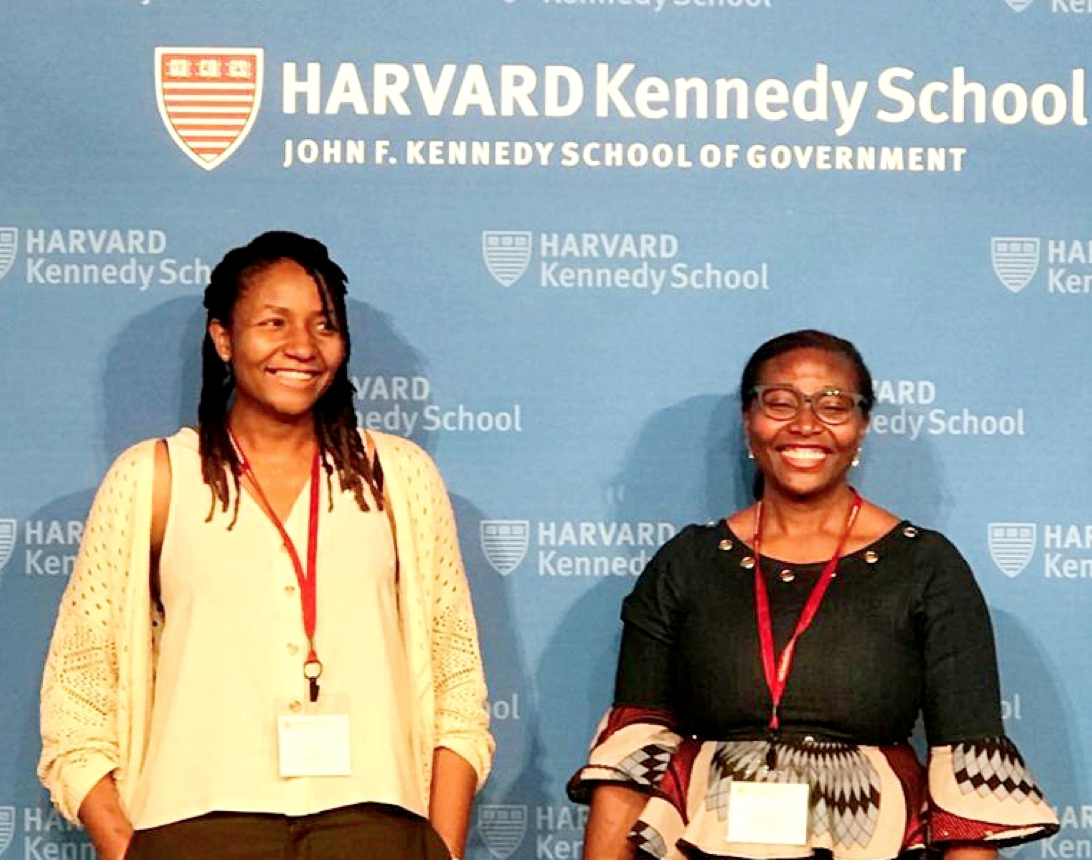