We offered 4 free PDIA online courses between November 2015 and June 2016. They were well received and 365 people, living in 56 countries, successfully completed the courses. 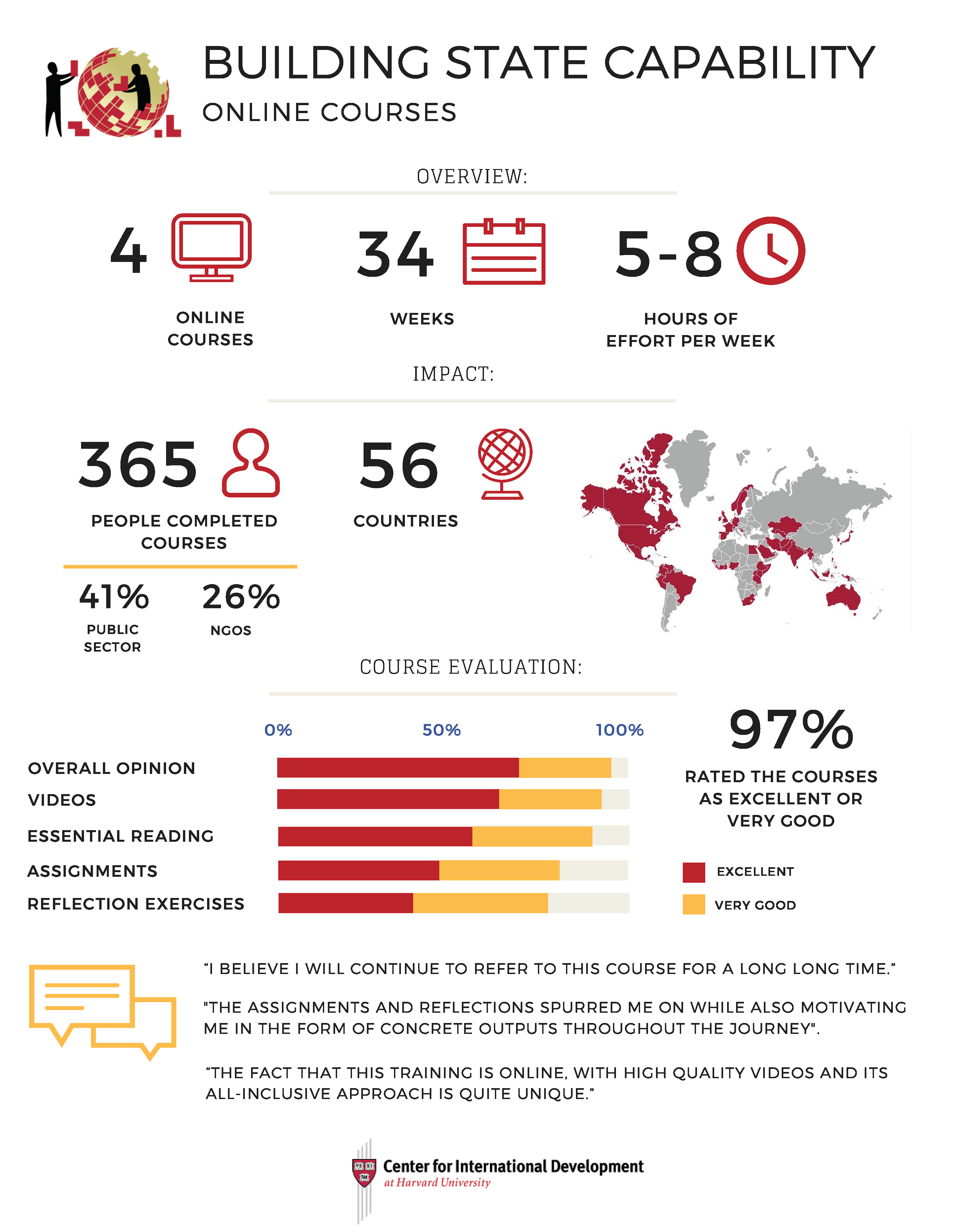 In January 2017, we surveyed the 365 PDIA course alumni to learn whether (and how) they are using PDIA in their day-to-day lives. 113 (31%) of them, living in 36 countries, responded to the survey. This includes people who work for donors, governments, consulting firms, private sector firms and NGOs.

Here’s what we found:

The findings and concrete examples that were shared in the survey have been awe inspiring. People learned the key ideas/concepts/tools we taught, are using them in their work, and are teaching others.

We plan to offer another round of free PDIA online courses soon – stay tuned!

Here are some of the things the course alumni had to say.

I think just appreciating a more building block approach to issues has offered more practical and realistic ways of working.  It has meant accepting that progress may be slower than desired but likely to be more sustainable, because you are starting at the root of the problem and you are working with the grain of political support. – DFID Governance Adviser, Nigeria

The PDIA helped transformed the way I see development administration and governance. I now use a systems thinking frame of mind to see problems and not just throw solutions at them. As professor Clayton Christensen will say, “WHAT IS THE JOB TO BE DONE?” No matter how elegant or beautiful an introduced solution is, if it does not solve people’s problem then it is useless. – Head of business development, Inteliworx Technologies, Nigeria

Before the course, I was approaching problems (ie. corruption) as a large problem to be solved with a complex approach. PDIA taught me to look at the complexities of the problem, the different interests and barriers and how to focus efforts on areas that might actually be amenable to incremental change.  I learned that any program must assess the environment and devote resources where they will be effective.  Analysis of the problem, players and barriers is key before expending resources. – Development Consultant based in Canada

The PDIA course offered some variation in how to think through and act on development problems. As I said in my summing up of the source it is an approach that can be either used in full or parts of it can be merged in with other approaches depending on the context in which one is working/consulting – Development Practitioner based in Australia