The Land Team (L team) consisted of government officials from multiple departments in the Board of Investment, Sri Lanka. This team was formed as a continuation of the Targeting Team in Phase 2 of the PDIA Sri Lanka project. The Targeting Team identified new priority sectors to diversify the economy. The Land team then worked to map out suitable lands for anchor investors in these new sectors. This was part of a PDIA engagement from May 2016 to September 2017. 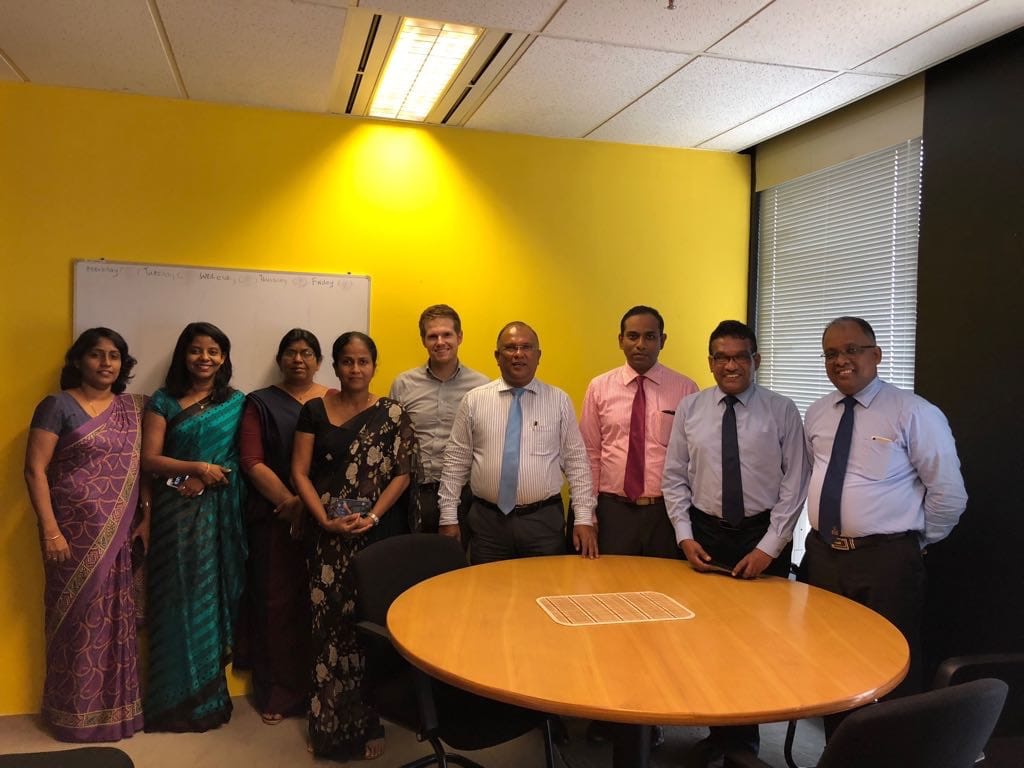 Through the comprehensive analysis conducted, the Targeting Team was capable of identifying priority sectors for attracting investment and enhancing the exports of Sri Lanka. The next task was to identify suitable lands for establishing factories in these sectors, especially given that over 89% of the Export Processing Zones (EPZs) of the BOI are already filled. Since limited access to productive land for the potential Investors can be considered as one of the most important limiting factors to attract investments, due consideration should be given to resolving land issues prior to marketing priority sectors to the investor.

Having identified the problem, the Land Team began gathering information on available lands for investment projects. It was noted that the state owns over 80% of land in Sri Lanka, though this ownership is spread over at least ten different Ministries and Departments. The team met with many of these bodies, ultimately creating a database of over 600 available lands (Figure 1). 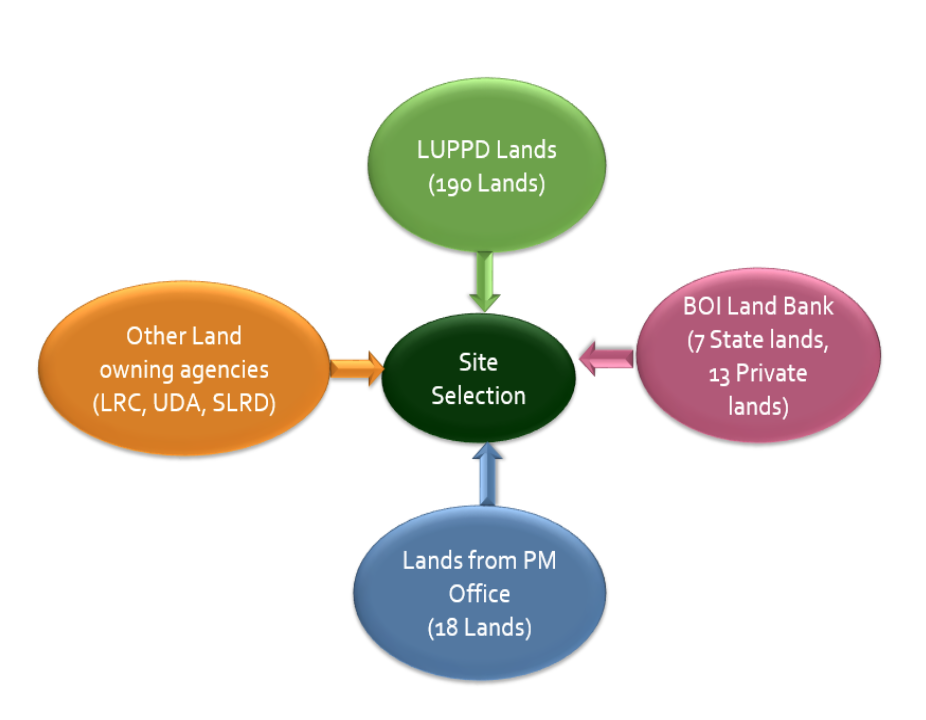 The list of over 600 sites was then restricted to those with more than 50 hectares in extent (with later work focusing on the smaller sites). Next, an assessment based on satellite imagery (Google Maps) was conducted to determine each land’s suitability for further investigations. Based on this assessment, over 70 field visits were conducted to gather field data for final assessment. This field data, as well as sector expertise, formed the inputs for the analysis of land suitability for target sectors, conducted according to a sector-location methodology developed by the Team (Figure 2).

Figure 2: Stages of the site evaluation and selection process

Assessing the Sector Requirements: A Sector-Location Methodology was developed to assess the suitability of the lands for an investment in a priority sector. First, the hard and soft asset requirements for each priority sector were obtained from the Targeting Team asset competitiveness analysis, in which sectors with a higher requirement for a land characteristic received a higher weightage. However, the Team also added new land characteristics that were required equally by all sectors, such as topography and development cost.1 Accordingly, an overall weightage was given to each land characteristic; these fell into four categories: hard asset availability (45% of total weightage), soft asset availability (18%), general conditions (14%), and accessibility (13%).

Assessing the Land Characteristics: Next, a set of scoring criteria was developed for each land characteristic, seen in Table 6. Each site was assigned a score between 1 to 5, considering field-level observations, available district-level data (for labour characteristics), and expertise of the Team members. For example, if a particular land is more than 400 acres in extent, then a score of 5 was assigned, whereas a land with 75 acres or less was given a score of 1. This matrix was filled for each land identified for the assessment, which included existing BOI Zones as well.

Then the two matrices – land characteristics and sector requirement – were multiplied to generate a final scoring for each land for each sector. The scoring was between 1 and 5: a score of 5 signals that the land is a perfect match for the sector in terms of the land characteristics the sector requires; scores under 3 were taken to mean that the land is not suitable for the sector. The average score of each land for the T Team’s top 12 full sectors were calculated. Based on this analysis, 29 sites with an average scoring value above 3 were identified and were prioritized.

The Outcome: Out of the prioritized lands, the top-ranking locations were recommended for development into EPZs (Figure 3). A separate detailed report (focusing on the list of lands given by the Prime Minister’s Office) was also submitted, prioritizing the suitability of those lands for investment projects. Ultimately, the 2018 Budget allocated funding for zones, and development is underway in four identified sites so far (including one as a PPP).

Figure 3: Locations of lands in development (green) and other top-ranked lands (black) 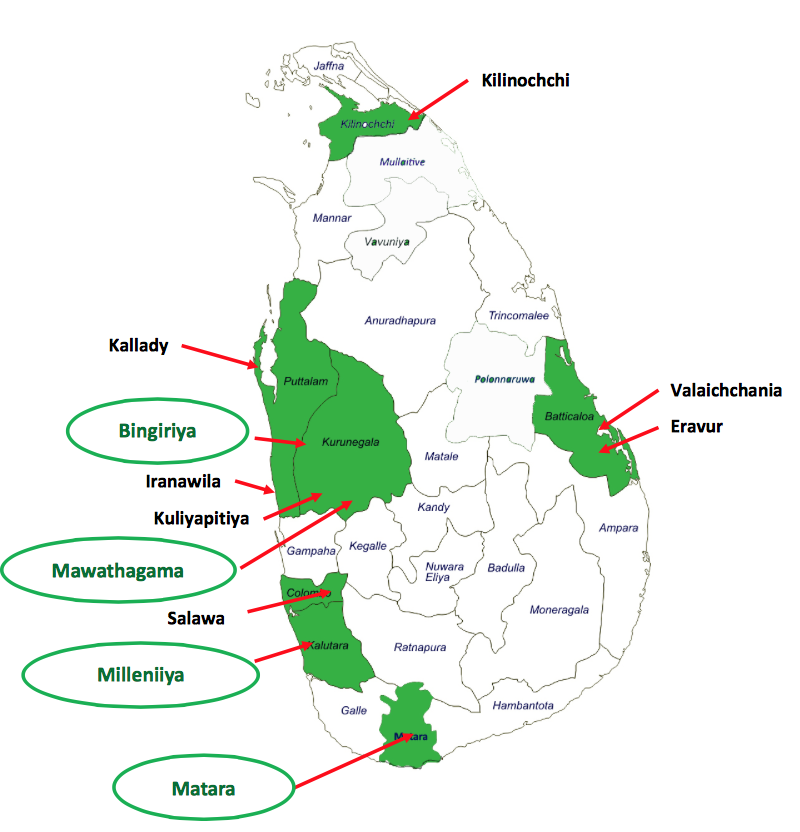 1The team also evaluated lands based on their accessibility, such as distance to Colombo Port. This would be a requirement for some sectors more so than others (e.g. perishable food items). However, the team was not able to measure sector-specific accessibility requirements. As such, the sector weightages are equal for these variables.

Priyanka Samaraweera was a member of the T-team and the L-team and participated in the PDIA Sri Lanka project from October 2016 to September 2017.