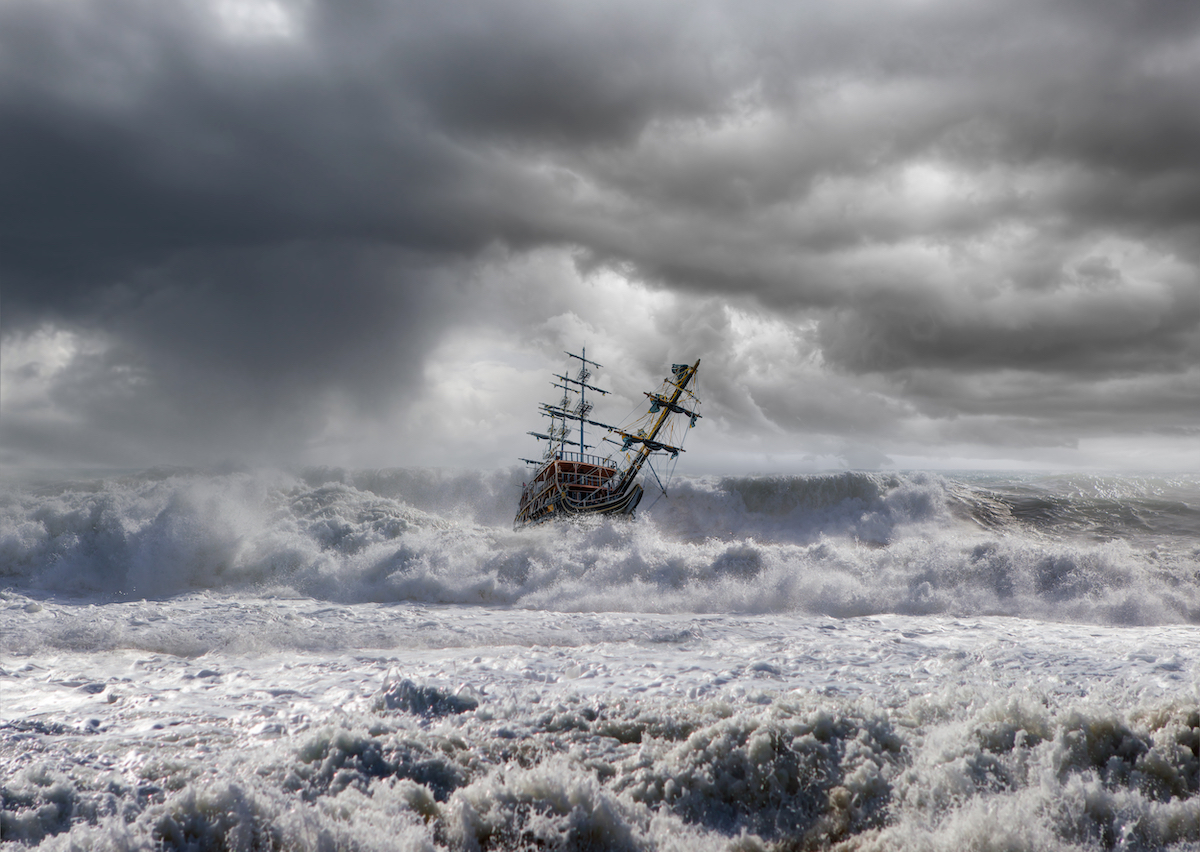 Peter Harrington is an alumni of the Harvard Kennedy School, and a former fellow with the Building State Capability program (BSC). In 2014, Peter worked with the  Africa Governance Initiative helping Liberia’s government deal with its Ebola epidemic. He assisted in an area called ‘Social Mobilization’; an area of the organizational response focused on engaging citizens—and  fostering behavioral  change in the citizenry—through communication.

In this podcast interview, Peter describes his experience and I summarize his thoughts  therafter.

Here are some key  takeaways from the interview.

You will hear Peter speak about the Incident Management System (the IMS) at the beginning of the podcast. This was the organization created to respond to the crisis. Peter notes that it was ‘hierarchical but also remarkably flat’ like the snowflake mechanism discussed in a prior blog post.

Peter describes the IMS as being composed of many ‘teams’. Some teams focused more on ‘hard’ aspects of the crisis response (like logistics) while others focused on ‘softer’ aspects of the response (like communications, psychosocial concerns, and others). Remember prior blog posts where we discussed the importance of having clear roles and keeping in your lane —  these teams were a way of ensuring both things happened at the same time (people knew what they were doing and did not interfere with what others did).

Peter notes that this structure was both flat and hierarchical. Each team had a leader and all the team leaders reported daily to Tolbert Nyenswah who was the ‘Tzar’ of the IMS. Member of the international community slotted into teams (so they too  played specific roles). Each and every team was led by a Liberian. Peter notes that  Tolbert Nyenswah and his close team at the center of the ‘snowflake’ was like a  ‘server’ – the connection hub where all parts of the response came together. Other teams analyzed the problems, came up with ideas, implemented, monitored, produced data, etc. The central team processed the knowledge, ensured it was shared, made decisions, followed up with decisions, and orchestrated the overall coordination. Read more about this  kind of structure in blog post 11.

A very key point in discussing the IMS was that the President herself did not run the IMS: she delegated it to Nyenswah and left him to do the day-to day work.

Peter notes the importance of heads of state (like Ellen Johnson Sirleaf in this case) delegating a single crisis coordinator (Nyenswah). Peter notes that heads of state cannot delegate accountability (they are the ones who are accountable to their people) but they can delegate work. And they must do this. Remember prior blog posts on the leader staying  away from the direct work  to preserve their decision-making energies (what Peter calls the “decision making muscle that you will have to use and over-use”).

Peter says it is vital that people know “who is calling the shots” in a crisis situation. He notes that it is important that the person charged with leading in these situations need not be the most senior or technically adept person. They need to have adaptive leadership qualities, however, and they need to be authorized and empowered.

Reinforcing prior posts, Peter notes the importance of communication: communicate clearly and a lot. “Don’t wait to get messages out to people … there are various tools that can make your communication more or less effective” but you  must get communication right. He notes that everyone in the crisis response structure must be able to communicate.

He recounts a story about the early days in Liberia’s Ebola response, which sounds a lot like many early responses to crisis. Many actors are speaking, many messages are being given, these are often conflicting, and they are often not clear or easily understood by citizens. Peter notes that the many organizations involved in crisis response often want messages that have their own logo’s on them. But he says “if you throw twenty pencils at people they won’t catch any of them … if you throw one or two pencils they might catch them.” This is a key, basic principle of communication.

So, the first thing you should do is work on the message content. Peter notes that  they did this by applying  risk communication ideas (which Peter discussed  in a prior blog post) to create a Message Map. This Map identifies 3 to 5 key messages that need to get out, with the factual support for each message. It took the form of a one page communication document with about 100 words on it, with 5 messages all supported by bullet points with key facts, written in accessible language (and in all local languages), tested quickly with focal groups. Peter notes that the communications must be rooted in science, all based on careful conversations with the medical experts in the country.

You then need to think about the message medium. Peter then discusses how local volunteers were used in the communications campaign. He notes that messaging cannot be just ‘top down’ – because trust is a hard thing to earn from the  top (in Liberia there was a lot of distrust in top down messages; as is the case in  many countries). He says “the top down message hadn’t worked because people weren’t listening … and the messages were confused, abstract, in technical language … so they weren’t landing.” One aspect of improving the message was the ‘quality of the message’ (what you are saying, as already discussed). Another was the ‘medium’—how and who carries the message.

Peter notes that you need to look at the context and identify who is respected in a society, and get them to carry the message (who are the influencers?). In Liberia this meant hiring and training thousands of social mobilizers—in the existing social infrastructure of the country. “Use the links that are  already there…don’t try to bypass them”. This is a very  important lesson and relates to my earlier argument that we have latent capabilities in all countries—work with  what you  have in  your communications strategy …you may not have all the resources, but you can develop an effective social mobilization strategy if you get a simple Message Map and put it in the hands of your own social mobilizers.

A key principle to take away: work out what your existing communication mechanisms are and then mobilize them.

He mentions that Liberia staffed and created and ran the IMS; even though they had assistance from the outside, “the government has to be in the lead…” and work with it’s own people.

I like this a lot: YOU ARE THE GOVERNMENT. YOU ARE THE ONES ACCOUNTABLE TO YOUR  PEOPLE. HELPING YOUR PEOPLE THROUGH  THIS  CRISIS IS YOUR  JOB.

5.  Managing politics in the midst of crisis and how you craft a message that  brings everyone together

Peter noted that there is no simple answer to this, but offers an important observation: On a personal level, leaders must not be overly sensitive or partisan in a crisis situation … it simply does not work to be that way.  “When  the stones get slung at you … it’s going to be really difficult…” but do not be reactive.  Leaders will face criticism in any crisis situation; because people are fearful and need to be helped through that. The best way to handle the criticism is to engage with it and manage the fear and variation in ideas.  “Rather than shutting the door on critique and feeling wounded by it… [as yourself]: can I bring  adversaries  into the discussion?” It is hard to do but vital.

Pete uses the slogan from the Ebola crisis” “Stopping Ebola (like Covid-19) is everybody’s business.”

He notes  that, “This  kind of leadership that mobilizes everyone is key here. It applies to the whole society. Talk to everyone, get their views, bring them into the conversation, listen to them. The more you can do this the better your response and communication will be.”

Communication, he says, is two way—listening and sharing.

He notes that everyone struggles with looking after themselves in crisis response. It is hard to take time off and switch off because you feel such a sense of responsibility to do everything you can. What Peter advises: “Look after each other…force a little downtime…getting enough sleep…avoid things that will deplete your energy and make it hard for your body…[and remember] the emotional pressure is huge…you will become care-worn.”

“It is essential to look after the physical body…as it provides the platform for weathering  the emotional stress.”

7.  Parting words to all those facing up to crisis right now

[so] take that courage  from the people around  you

and from your  own sense of purpose”

“Remember this is a human  crisis…

there are people at  the heart of it…

their worries and fears…

engage with that anxiety  and soothe those fears…”

Now, it is  your turn to reflect; I am going  to focus on Peter’s communications comments: